Expert Team meeting and consultation with ECIU in Norway

The first aim of the meeting was to confirm the initial goals, elements, structure and target groups of the toolbox (based on previous discussions of the Expert Team), discuss and brainstorm the toolbox’s dimensions and sub-dimensions and develop a draft protocol for piloting the toolbox (defining the actors involved in piloting, target groups and data collection / analysis process).

The second aim of the meeting was to present the initial TEFCE toolbox idea to one of the university networks that are partners of the TEFCE project: the European Consortium of Innovative Universities (ECIU). The TEFCE Expert Team presented the proposal to ECIU’s Steering Committee for Entrepreneurship and Societal Impact of Research (ESIR) (for more information about ESIR, and the list of its members, please see here).

The feedback from the ECIU ESIR-committee combined both supportive and critical views of the value of the toolbox:

- From a critical perspective, several committee members brought into question the value of applying yet another ‘management/self-assessment tool’, in a context of overburdened university administrations with other priorities, and in a context of the existence of other similar tools (e.g. HE Innovate; regional impact studies). The main question was: what concrete benefit would this bring to the university?

- From a supportive perspective, several committee members acknowledged that the timing of the toolbox was good, since there is increased debate on broader social engagement and impact of universities, and since many of the universities in the committee could already identify relevant activities that they carry out in this area

In conclusion, the Expert Team noted that the toolbox was in its early phase of development, and that the feedback of the ECIU ESIR-committee would be instrumental in the next stage of development of the tool (especially in addressing the concerns voiced by some members of the committee)

For more information about the event (including copies of PPT presentations and photographs, please see here: https://www.tefce.eu/consultations). 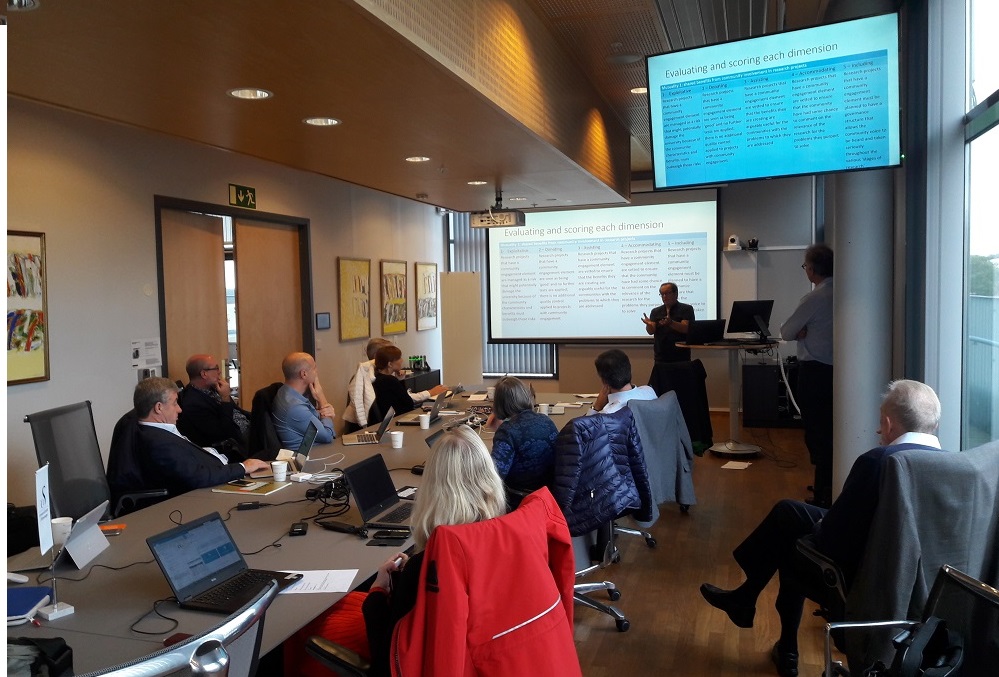