The TEFCE project will organise two expert panels that will take place on Wednesday 27 and Thursday 28 October 2021, to mark the end of the TEFCE project, and to pave the way for the next steps of our follow-up project Steering Higher Education for Community Engagement (SHEFCE) (www.shefce.eu).

The panel discussions (lasting 40 minutes) will take place under the joint title The future of community engagement in European higher education. The first panel will provide perspectives of stakeholders in Europe that have been developing new networks, initiatives and frameworks to further advance this agenda; while the second panel will provide perspectives of policymakers and European-level university associations. The speakers will be the following:

• Kate Morris, Campus Engage, Irish Universities Association: Kate Morris is Head of Campus Engage on behalf of the 7 universities of Ireland, and the Technological University of Dublin. Kate manages a number of strategic working groups and associated programmes across: engaged research and innovation for societal impact; accredited community-based teaching and learning; and our sectoral ‘tech for good’ social enterprise – studentvolunteer.ie

• Thomas Farnell (moderator): Institute for the Development of Education (Croatia)

• Michael Gaebel, European University Association: Michael Gaebel  is Director Higher Education Policy Unit at the European University Association (EUA). Michael joined the EUA in 2006, where he was first in charge of Global Dialogue and internationalisation, to become in 2009 Head and then later on the Director of the Higher Education Policy Unit. This unit focuses on issues related to higher education learning and teaching, including the Bologna Process, lifelong learning, e-learning and MOOCs, internationalisation and global dialogue. He worked for more than a decade in higher education cooperation and development in the Middle East, the former Soviet Union and Asia. From 2002 to 2006, he was the European Co-Director of the ASEAN-EU University Network Programme (AUNP) in Bangkok.‍‍

• John Edwards, European Association of Institutions in Higher Education: John Edwards PhD is an experienced researcher and policy advisor in the fields of research, education, innovation, and regional development. From November 1st he will become Secretary General of EURASHE, the European association representing professionally orientated higher education institutions. Between 2011 and 2020 John helped to set up and manage the Smart Specialisation Platform at the European Commission’s Joint Research Centre. During this time he led two projects on the role of higher and vocational education in smart specialisation strategies. John has worked extensively across the European Union as well as internationally. Before the JRC he had several roles in the academic, public and private sectors, mostly related to European policy making and economic development. He holds degrees from the University of St Andrews, the College of Europe in Bruges, and Newcastle University, where he completed his PhD in economic geography. 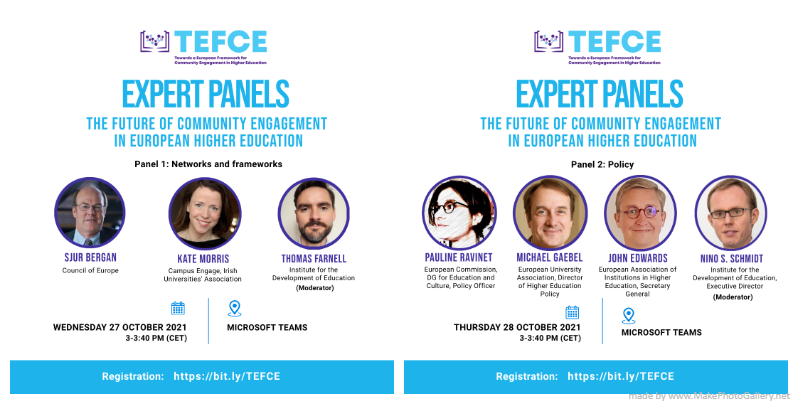